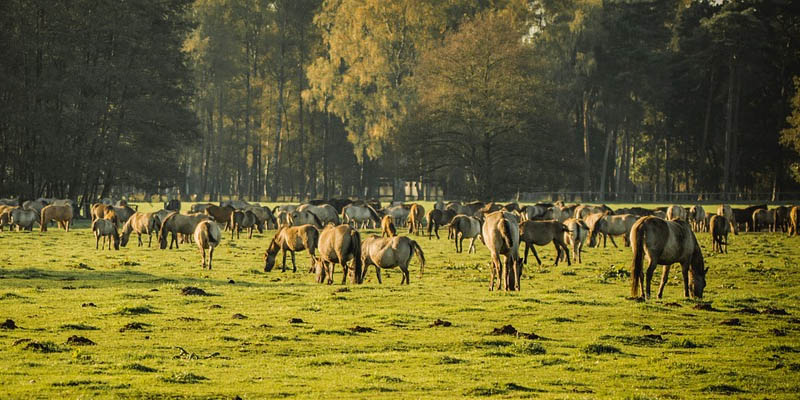 Posted at 16:15h in Castlereagh News by seoadmin

Australia’s equine history is understandably short, given our great nation’s short history. The first horses arrived in Australia by boat in 1788, meaning that only the strongest survived the tough travel conditions. Since then, our country’s continental climate has given way to some unique Australian horse breeds. Each can be distinguished by its appearance, temperament and willingness.

Let’s get into the most common Australian horse breeds below.

The Brumby is one of Australia’s oldest horse breeds. Dating back to at least 1788, the Brumby arrived in Australia arrived by ship during the time of the first fleet.

The breed endured harsh travel conditions as it made way to Australia, meaning only the toughest horses survived. Since its arrival, the Brumby has had to withstand Australia’s harsh climate, only further toughening the horse breed.

There are thought to be approximately 400,000 brumbies in Australia. Though they are deeply entrenched in the country’s history, not everyone considers the Brumby as part of Australia’s national heritage. It is also commonly considered a pest.

Another very recognisable Australia horse breed, the Draught Horse has been around since colonial times. It is the result of crossbreeding Shires, Percheron, Suffolk Punch, and Clydesdale horses.

In terms of its appearance, all coat colours are considered acceptable for the Australian Draught Horse. Excessive white spots are undesirable, though while coating below the knees is fine.

A highly intelligent horse breed, the Australian Pony emerged in Australia during the 1920s. This breed is known for its top show quality and is the result of breeding Arabian horses and Welsh ponies.

The most distinguishable features of the Australian Pony’s appearance are its alert ears as well as its oversized dark eyes. It also has a short, but well-rounded neck.

You’ll commonly find this horse breed at events such as combined driving events, dressage events, show jumping, as well as fares. The Australian Pony is commonly ridden by children and shorter adults.

Only recognised since the 1970s, the Australian Riding Pony is a new horse breed even by Australian standards.

This horse breed is most similar to the Australian Pony. It’s most often ridden by small adults and children due to its size and can be found in the same types of events.

When it comes to the Australian Riding Pony’s development, the British Riding Pony had the greatest influence. Though, Arabian and Thoroughbred lines also played a significant role.

This is another really old Australian horse breed that dates back to the time of the first fleet. Unlike the Brumby, however, this horse breed isn’t considered to be a pest. Arabian, Barb, Thoroughbred and Spanish horses have all been used in the development of this horse breed. Currently, there are over 170,000 Australian Stock Horses throughout the country.

Like the Brumby, the Coffin Bay Pony is considered by many to be a liability. Originally, the horse breed was developed with quality and purity in mind. Only Timor Ponies were used in the breeding of the Coffin Bay Pony. Later, however, other bloodlines were added.

When domesticated the Coffin Bay Pony makes for a great riding pony, thanks to its friendly temperament. Traditional colours include chestnut, grey, bay, black, roan and dun.

This Waler is not officially recognised as an Australian horse breed. Though, when India coined the term Wailer in 1846, they were referring to horses from NSW.

European settlers took the first horses to Australia almost 300 years ago, with the Waler being destined for New South Wales. At the time, any breed that was locally bred and able to survive the harsh Australian climate came to be known as a Waler.

Today, old Waler breed horses are few and far between. They are mostly kept by enthusiasts or those living in remote outposts, particularly near the dessert.

We use Castlereagh Shine Moore for our campdraft horses and for preparing our sale horses. The result speaks for itself
When we get comments on how well our horses look.
Thanks Castlereagh Feeds.

have been using feed and fire pellets for my chooks for many years, great product now is the time to use big recycle paper bags instead of plastic, which can then be used for compost bags, gardening etc. thank you