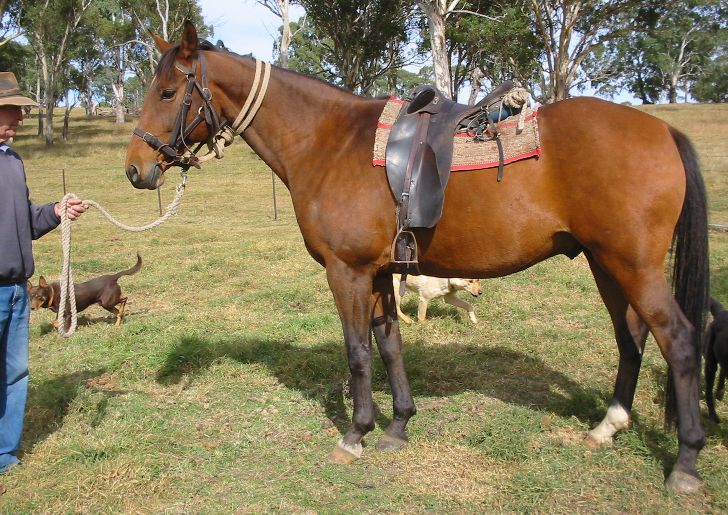 Posted at 22:18h in Castlereagh News by seoadmin

The Australian Stock Horse is one of oldest horse breeds in Australia – second only to the Brumby. This is a working horse that was bred for its strength and stamina. It is considered part of Australia’s National Heritage and today there are about 190,000 registered stockhorses in the country.

Origins of the Australian Stock Horse

To keep the Australian Stock Horse strong, only the strongest were allowed to continue to breed. This means that weak horses were culled – similar to how the Spartans of Ancient Greece discarded their weak at birth. Adding to their strength, more thoroughbreds were introduced to Australia for breeding during the 1830s. Since then, only the American Quarter Horse also used to breed the Australian Stock Horse.

Though the stockhorse has been around in Australia since the First Fleet, it wasn’t formally recognised as a breed until 1971. It was then that 100 horse breeders and campdrafters met in Tamworth, NSW and formed the Australia Stock Horse Society.

The Australian Stock Horse is also well proportioned in comparison to its size. There are, nonetheless, some desirable traits among breeders, and these include large eyes, a broad forehead, as well as well-defined withers, a deep chest, a strong and broad back, as well as powerful hind quarters. Overall, a desirable Australian Stock Horse is well-muscled, and not bulky.

This horse breed isn’t used as often as it previously was by farmers in our country’s outback. The Australian Stock Horse has widely been replaced by helicopters and motorcycles when it comes to work in the flatter parts of the Aussie outback. There still isn’t, however, anything that matches the stockhorse when it comes to mustering along the rugged, mountainous terrain throughout the country.

Aside from work, the Australian Stock Horse is used as a competitive breed. You will often find the Stock Horse competing in campdrafting, dressage, endurance racing, eventing, polo, polocrosse and show jumping.

The Australian Stock Horse was also famously used during the 2000 Sydney Olympics Opening Ceremony. They performed intricate manoeuvres to the music of the specially written Olympics version of the main theme of the film The Man from Snowy River by Australian composer Bruce Rowland.